Listen to TOGETHER ALONE now!

The new tune TOGETHER ALONE is out now. Check it out....errywhere.

New tune 'Together Alone' out this Friday! 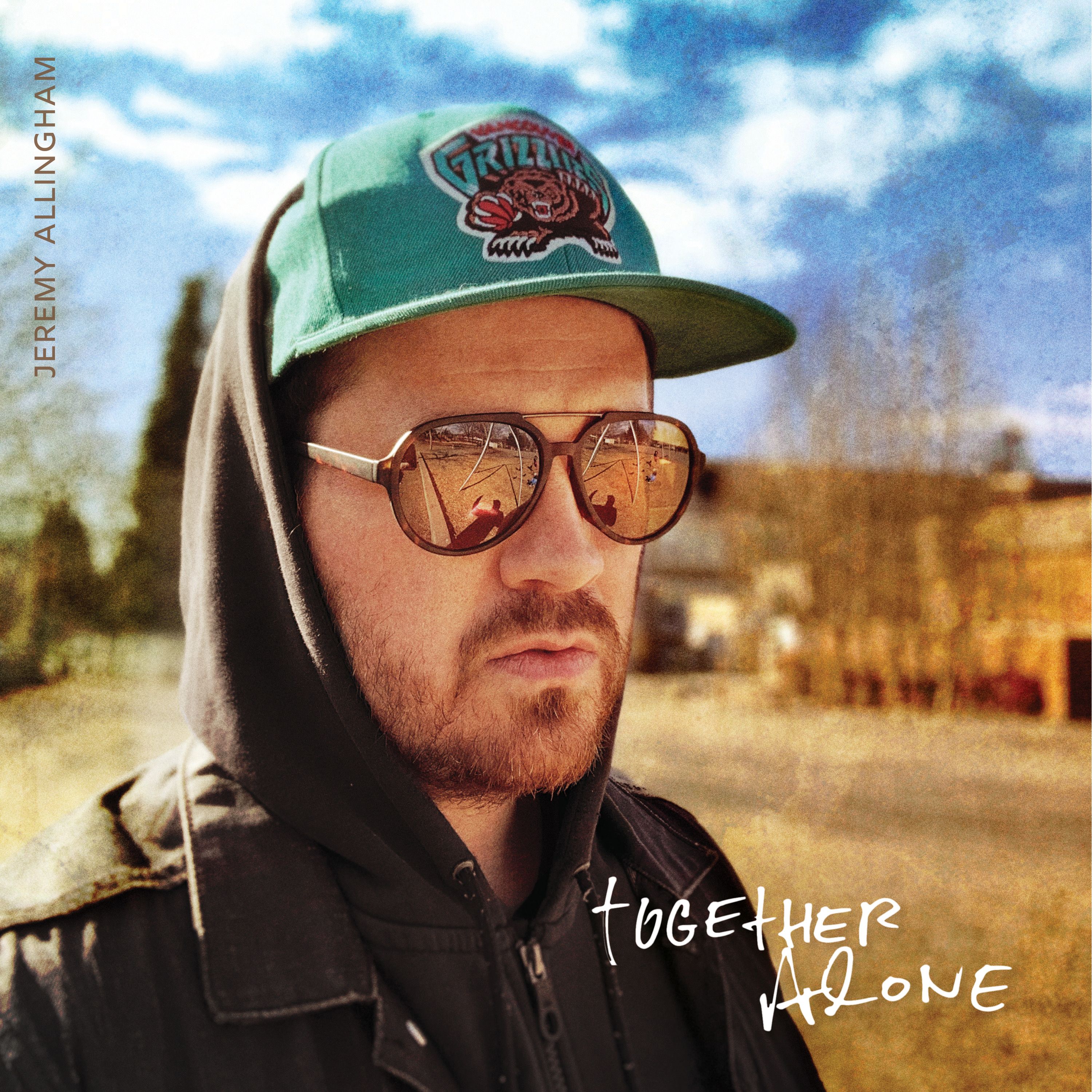 It's been a long time comin'! "Together Alone' comes out Friday on all of your favourite streaming platforms.

At the beginning of the pandemic, I had a rush of creativity and a bunch of music came pouring out of me. This was one of the tunes. I kept hearing that we were "in this together", but in so many ways it felt like it was just a lot of people stuck at home feeling really lonely. Don't worry, it's not too much of a bummer. The vibe is actually quite uplifting.

One of the coolest things about recording this set of songs was having my cousin Ben Henthorne back in the studio with me. We haven't worked together musically since Like A Martyr's last two releases from almost exactly ten years ago. We hadn't worked together in a decade! Time heals all wounds people. Ben and I didn't miss a beat. He laid down some beautifully scathing guitar riffs (as he always does) and we were even nice to each other the entire time. hahaha. Honestly, it was a really important moment for me and in some ways transcended the actual music we were producing.

So on Friday, come for the rock anthem, and stay for the extremely tasty Henthorne lead guitars.

It has been a long long while since I've given an update, but here it is. I'm ready to release new music. My new single 'Together Alone' will be released on May 28th. I recorded new material with Alex, my cousin Ben and Jesse Gander back in the fall, and the tunes have been done for a while. I'm not sure why, but up until this last week or so, I haven't felt ready to release them. After some serious health concerns within our family, my brain must've been jostled into action or something. I feel ready and excited to share.

I'm going to do a streaming show to go along with this first single release and there will be a video too. More info coming on all of that. While I'm at it here, check out some photos from the recording sessions at Raincity Recorders in East Vancouver. 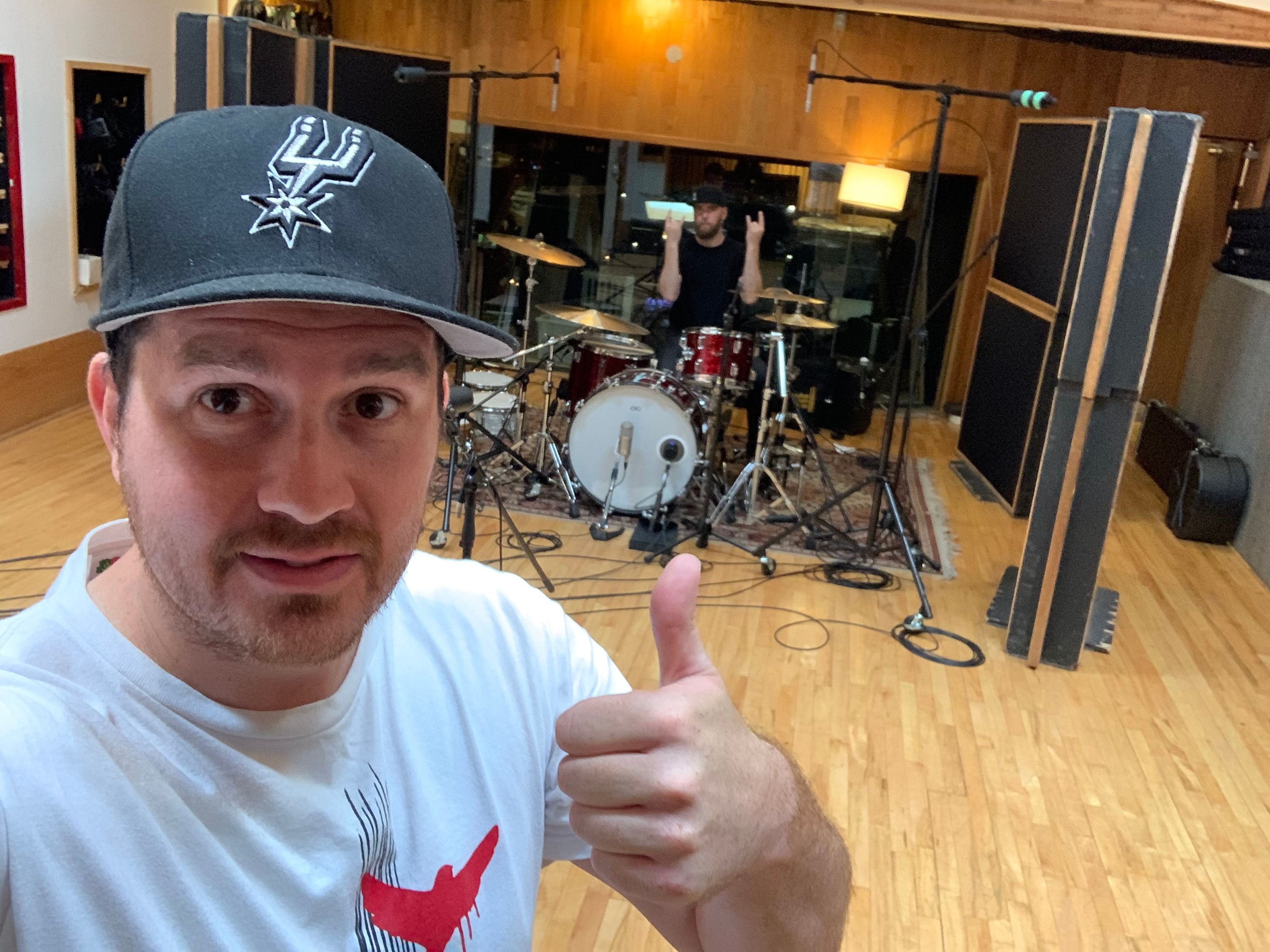 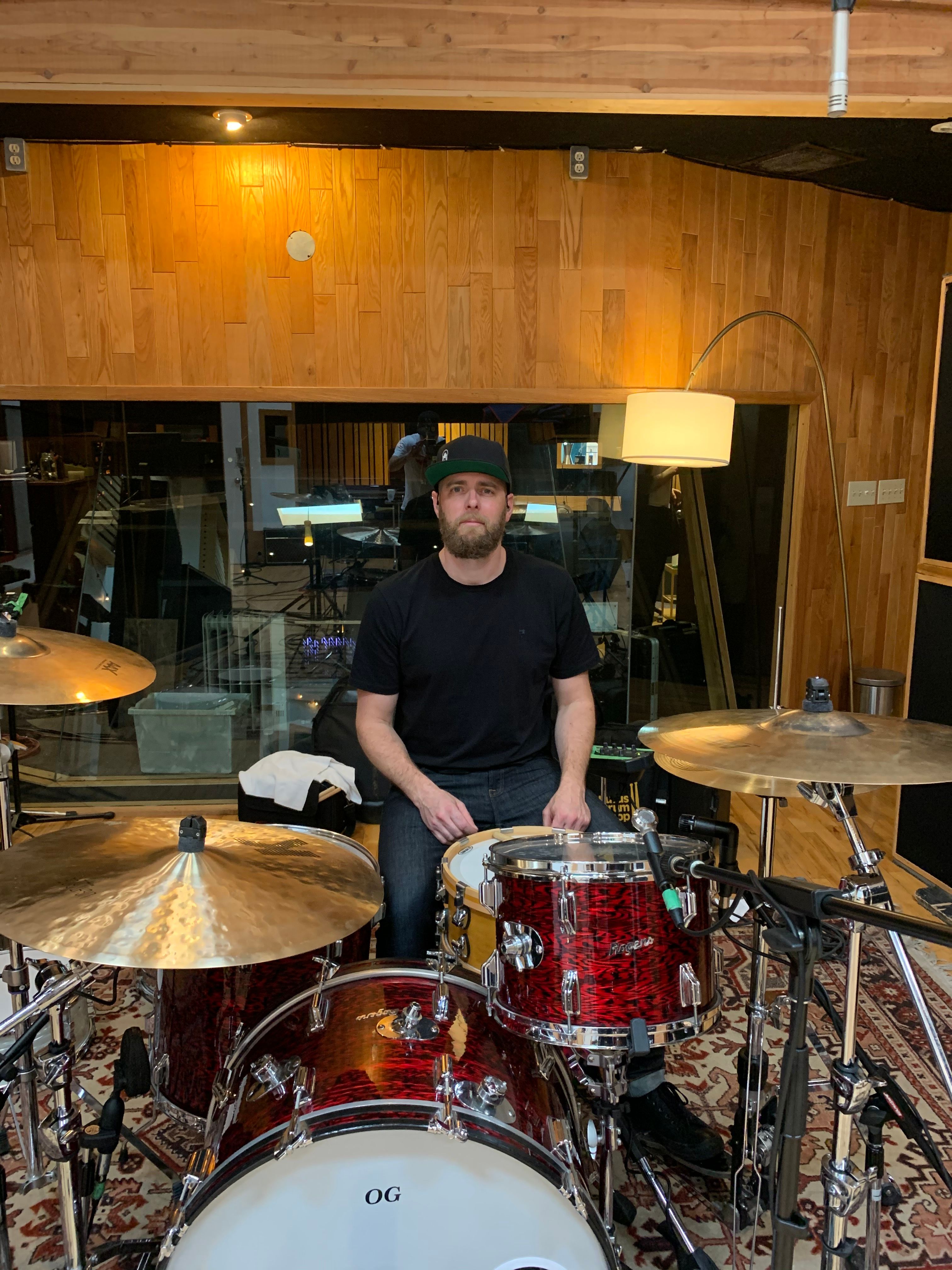 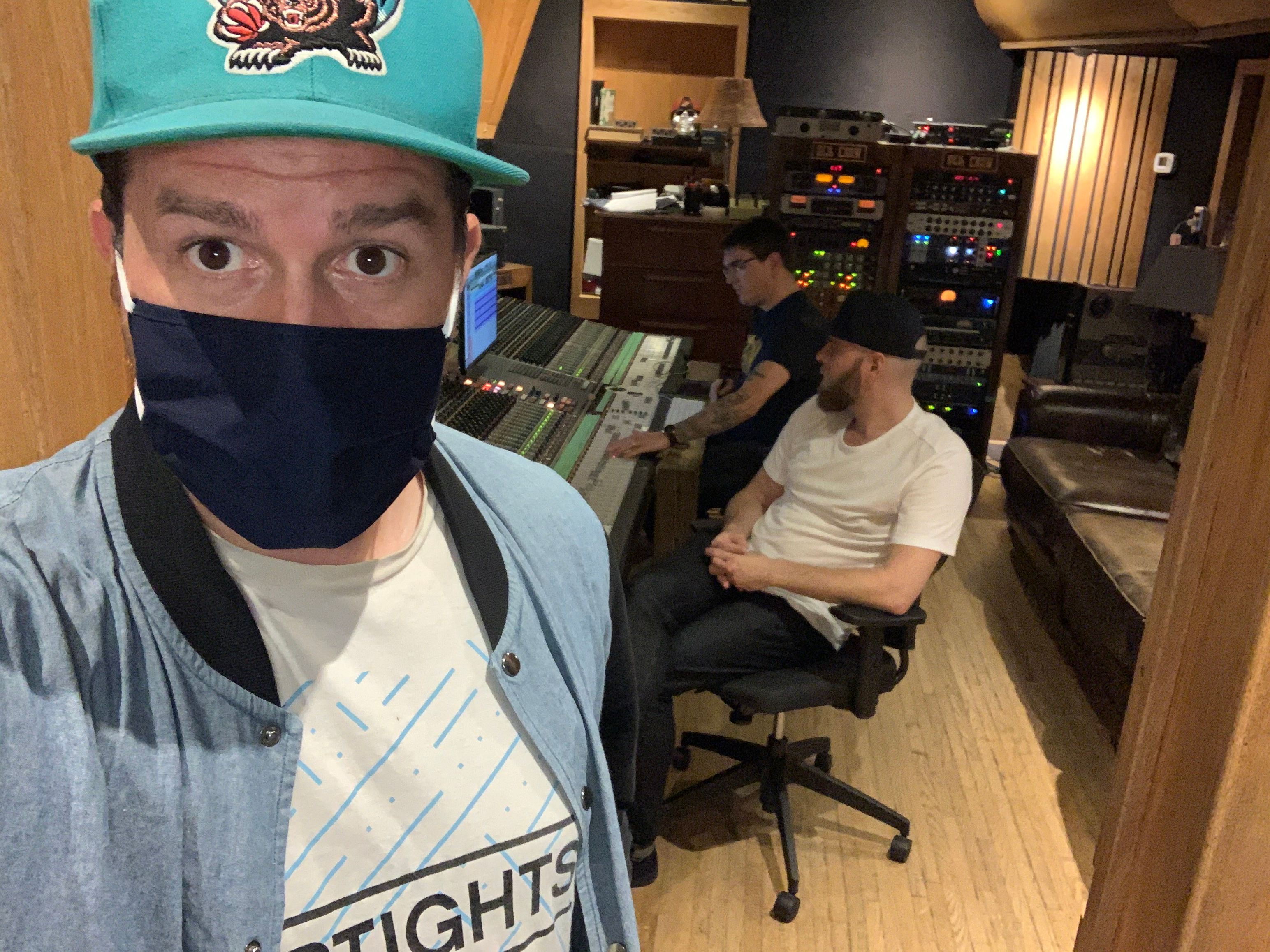 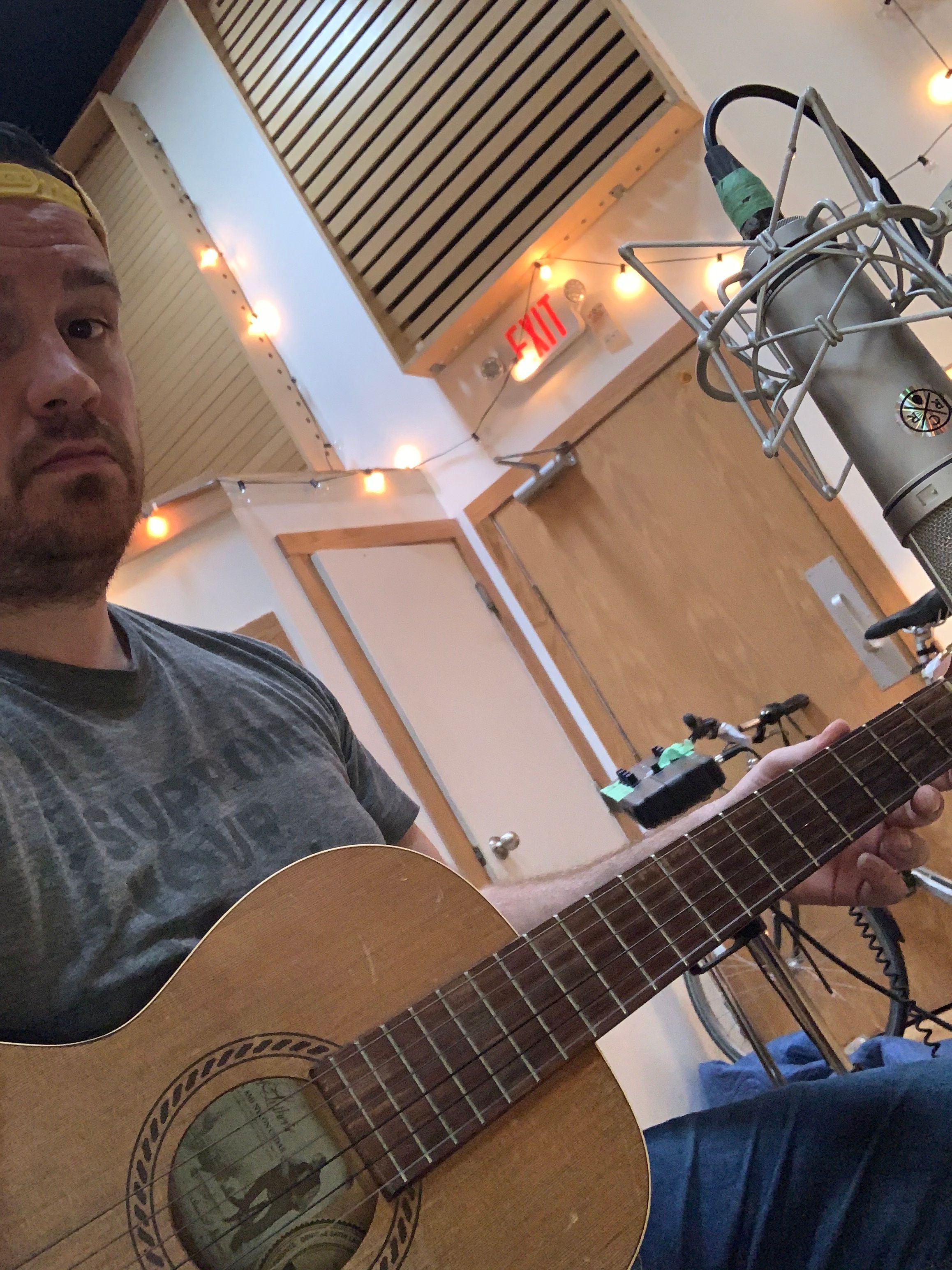 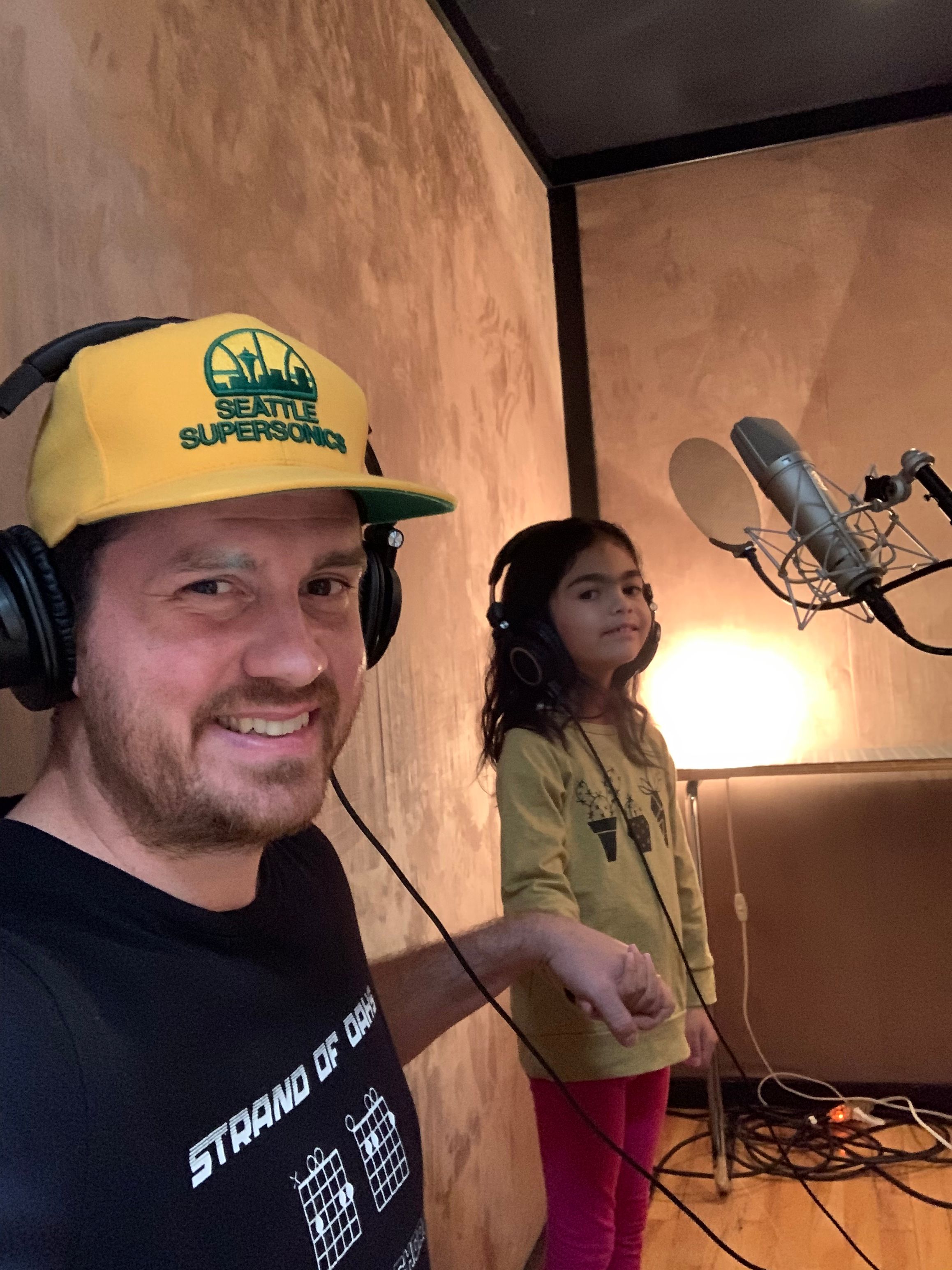 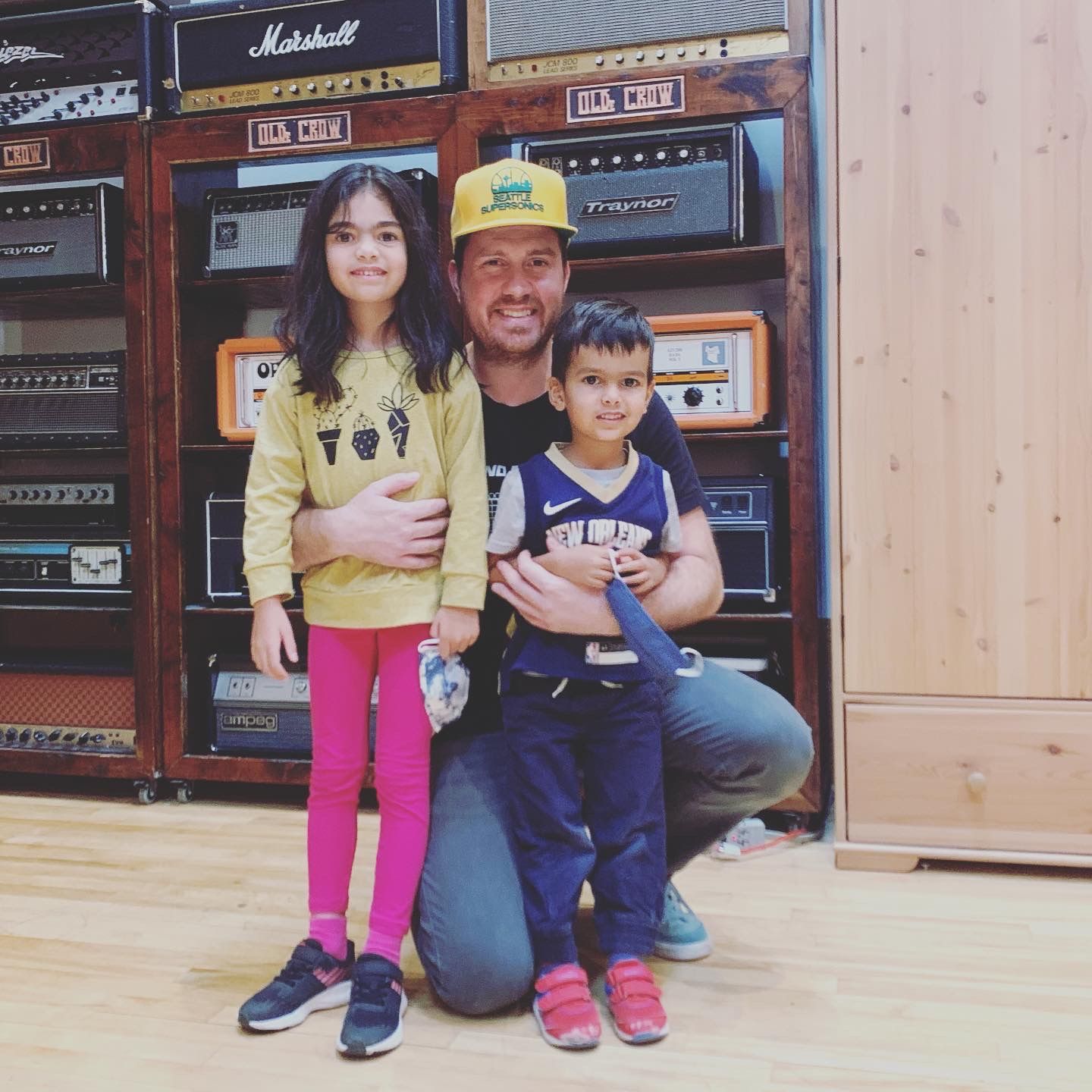 It's all done! 'Major Misconduct: The Human Cost of Fighting in Hockey' is available in stores and online. The book features important and eye-opening stories about people who play our national game and the lives they live after hanging up the skates.

I've been fortunate enough to have excellent coverage on the book, including on CTV, Global , The Vancouver Sun, and even NPR's All Things Considered. 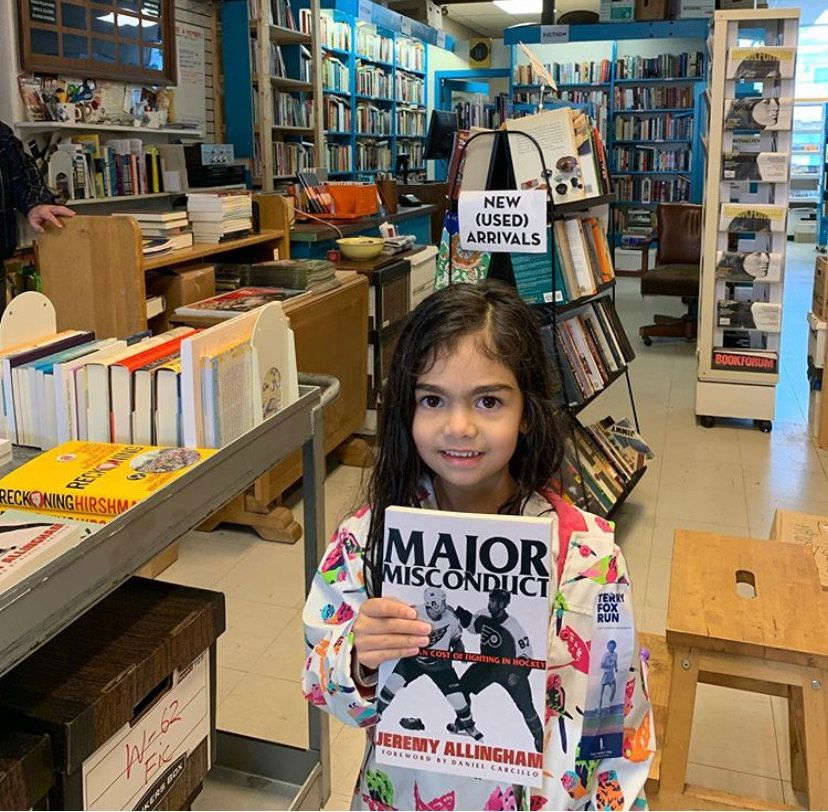 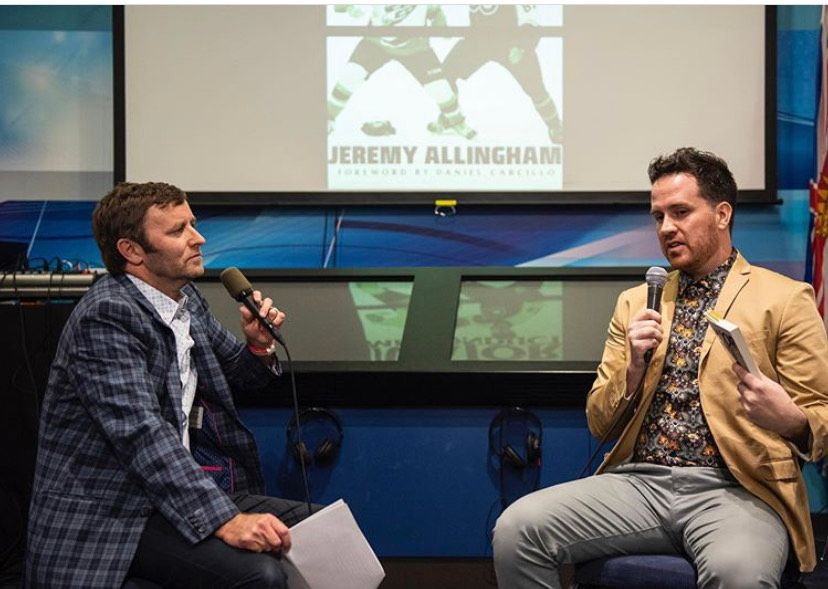 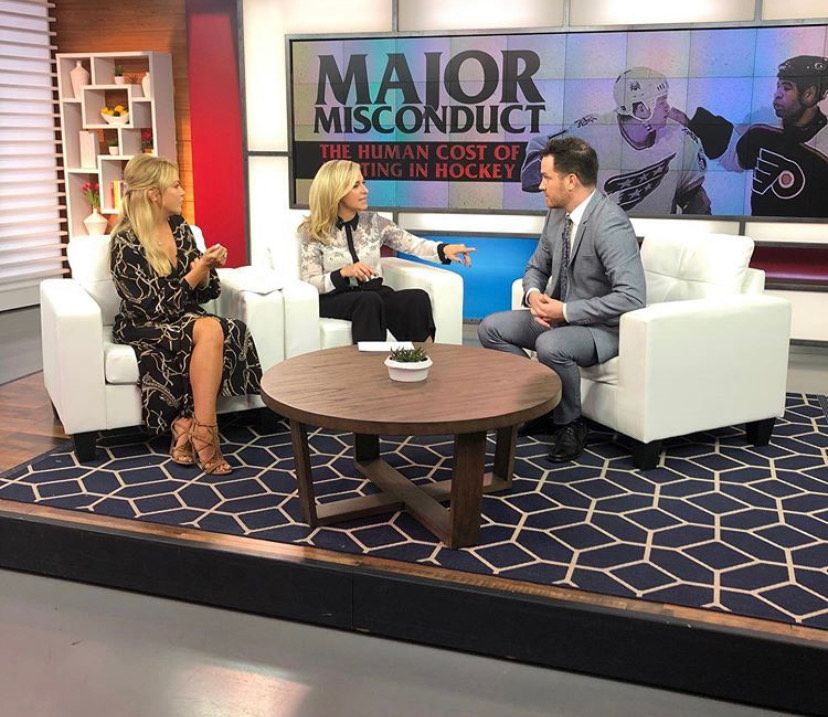 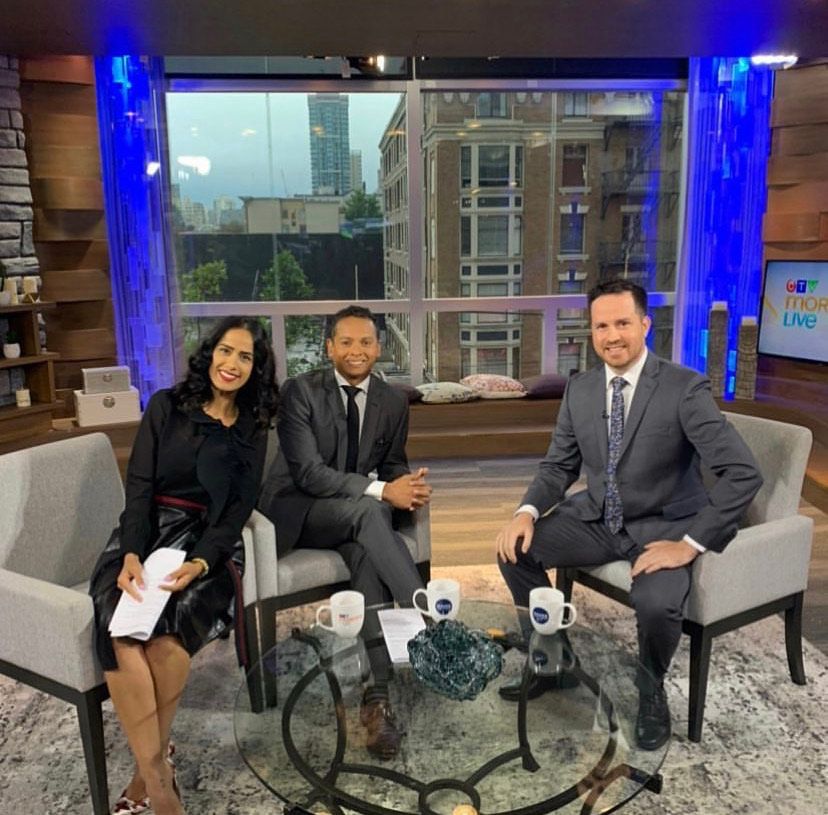 It's been a while since the last tour and the album release. Just wanted to give an update on what I'm up to. I'm playing and singing and writing songs for my next record, but my main focus right now is writing a book. I have a book deal with publisher Arsenal Pulp Press. The book is about the human fallout from fighting in hockey. I have done a lot of investigative journalism on the subject for the CBC and I'm having a great time building on that and learning how to be an author. I've written about a quarter of the book so far (plenty to go!), but I'm grinding almost every day and I'm happy with what I've produced so far.

Music is always on my mind and I've got lots of great ideas for the future, but for the next few months, that's on hold! Talk soon!!

Had the pleasure of heading out on tour with Joshy-poo DKK to Kelowna and Vernon this past weekend. Here's a taste of RUN WILD performed at Milkcrate Records in Kelowna.

TALE OF THE TUNE - WASTED TOO LONG 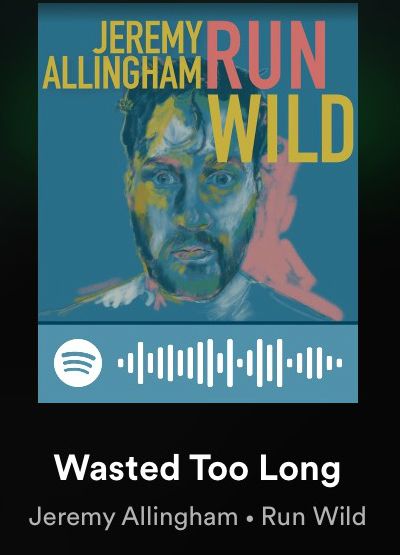 (LISTEN WHILE YOU READ!)

I want to tell you guys a bit more about these songs. Where they come from and what they mean.

Wasted Too Long is one of my favourites from RUN WILD. I've always loved songs that drip with nostalgia and that's what I aimed to do with this one. Right off the top:

"Back then we lost our memories in those liquor stores and on our lyric sheets...we gotta hold on before we're wasted too long."

That takes me back to playing in my high school band General Mayhem with Daniel and Daryl. We had an endless thirst for music, for friendship, for beer, for intensity and fun. And though I put a lot of work into those lyric sheets at the tender age of 16 or so, I don't know how comfortable I'd be reading them now. Maybe after a couple of those beers from the liquor store!

And the chorus has that anthemic quality I always strive for with rock n roll songs. I tried to capture the universal feeling of fighting for something and, whether or not you win that fight, knowing that change is gonna come either way.

"You know the times have changed, they never stay the same, but did it have to be so tough? You know we gave our best and never took a rest, but the best just wasn't enough."

After working really hard for something, do you ever stop and ask your self "did that really have to be that tough??". I sure as shit do.

In the second verse, I try to tame the part of me that's constantly looking back on my former self in judgement. Did I do enough? Did I work hard enough? Was I kind enough?

"Not me, I wouldn't take it back, I wouldn't change a moment, not a single breath. I got no pain, no doubt, no regret."

For this song, I tried to say 'no regrets" as a statement of purpose, whether or not that's actually always true.

And then there's the "whoa" section, which is just fun and catchy as hell. We had one helluva choir into sing that puppy! Corey, Melissa, Katie, Adam, Michael, Kyle and Kat.

Wasted was written back around 2010 or so, but when I first composed and performed it, it had a distinctly 50's rock feel. Heading into the RUN WILD sessions, and particularly in writing sessions with DANIEL WESLEY and Alexander, we decided it was much better to tighten it up into a more straight-ahead rocker with the palm-muted guitar in the verses, the closed down, four-on-the-floor drums and the big vocals in the chorus.

And of course, how else to put a song over the top in my books than to have my (tied for) favourite bud Maliyah singing her own rendition of it at the end of the track and on the secret track at the end of the album! I picked her up, held her close to the mic and she just belted that puppy out. One take. A lot more efficient than her old man, that's for sure. Also, this song became a family favourite of ours because singing it was the only way we could get little Tariq to stop screaming in the car on our family vacation last summer! Basically, it's ingrained in our psyche forever. hahaha.

Listen to this song! Add it to your playlist for the May long weekend! Enjoy! All of my love to you and yours. 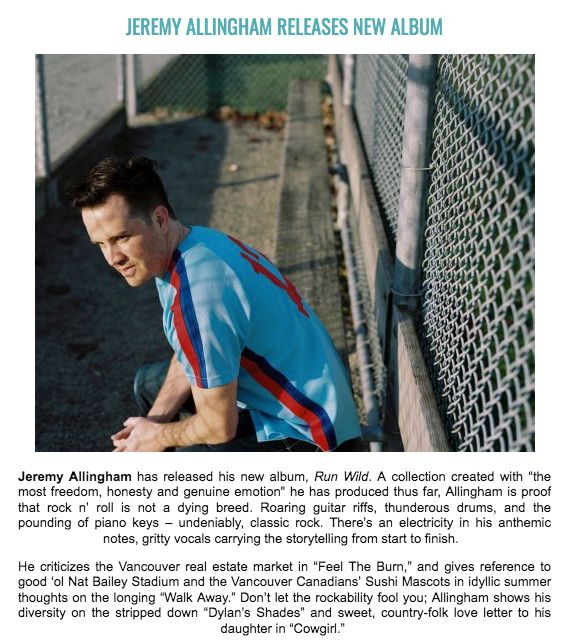 "Allingham is proof that rock 'n roll is not a dying breed." Here's the article in the Permanent Rain Press

"Jeremy Allingham’s new record Run Wild drips with summer vibes...Run Wild a great rock piece. It combines the veins and viscera of classic rock with the instrumentation and production levels of modern rock." Here's the article in Gonzo Okanagan.

The album release at the Fox Cabaret was a massive success. Thanks to everyone who came out to support us. You guys were loud, attentive and amazing. A big shout out to the Fox and our sound tech Q! Excellent work! 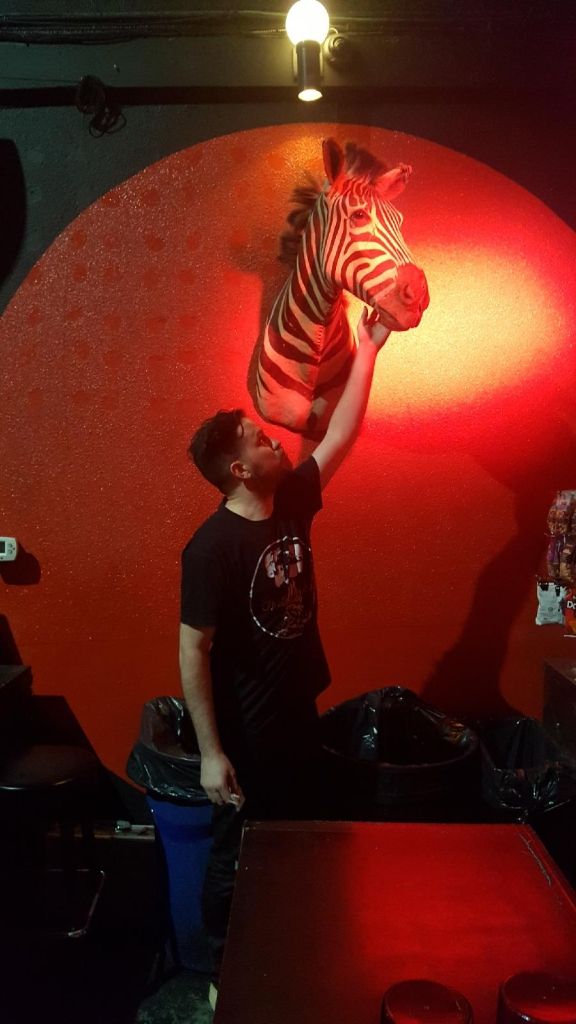 JA getting comfortable pre-show. Animal of the land where it belongs. 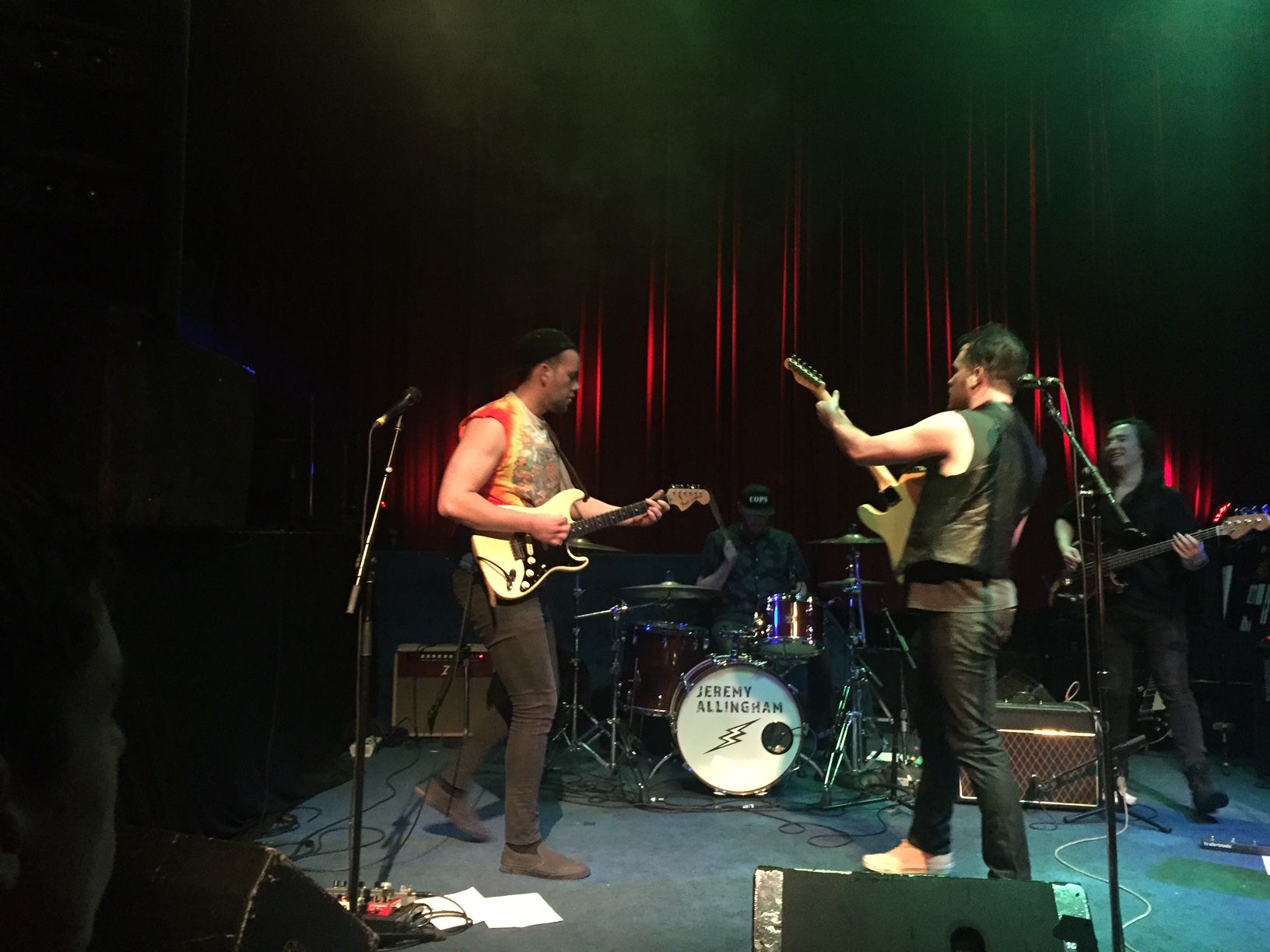 JA and BLM holding it down! 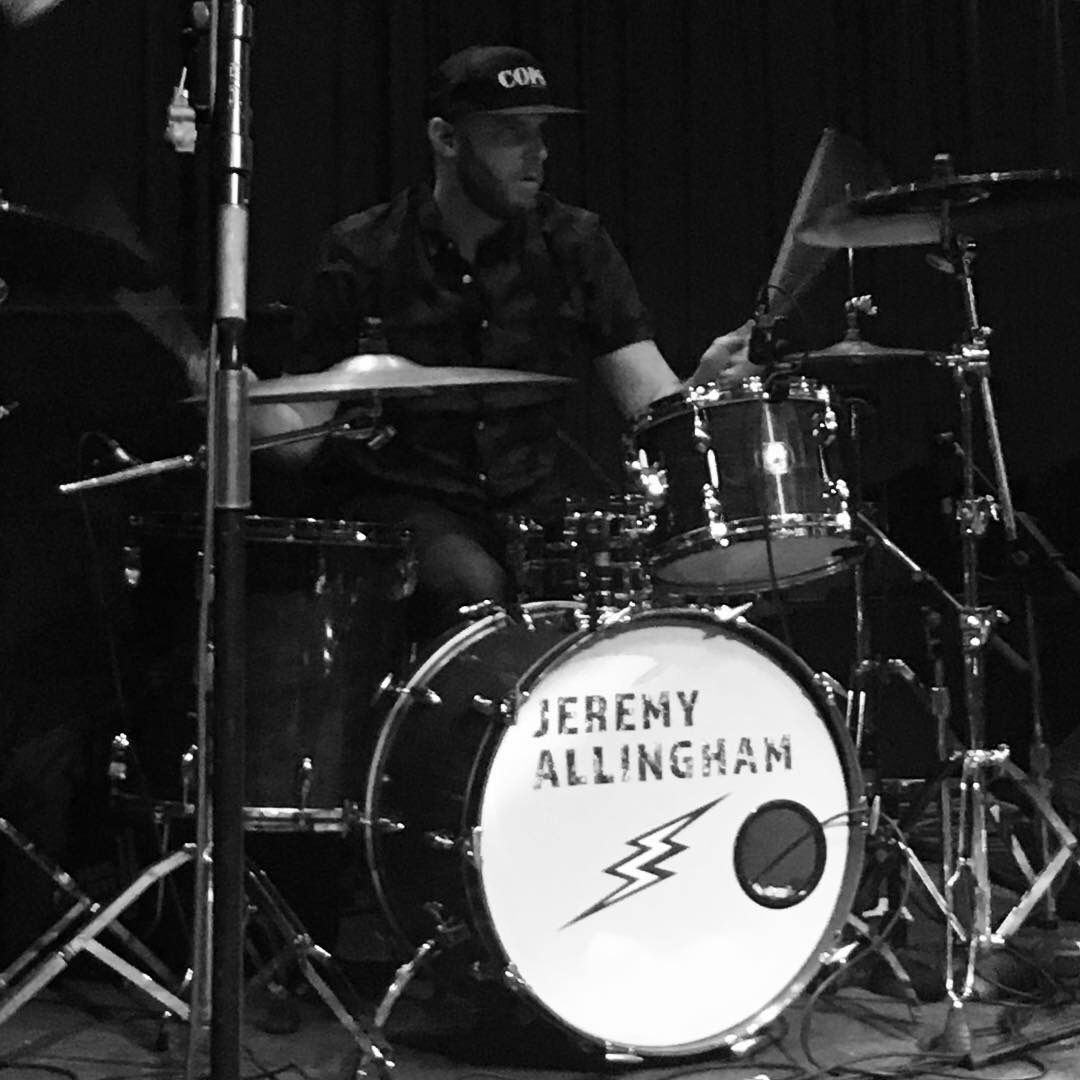 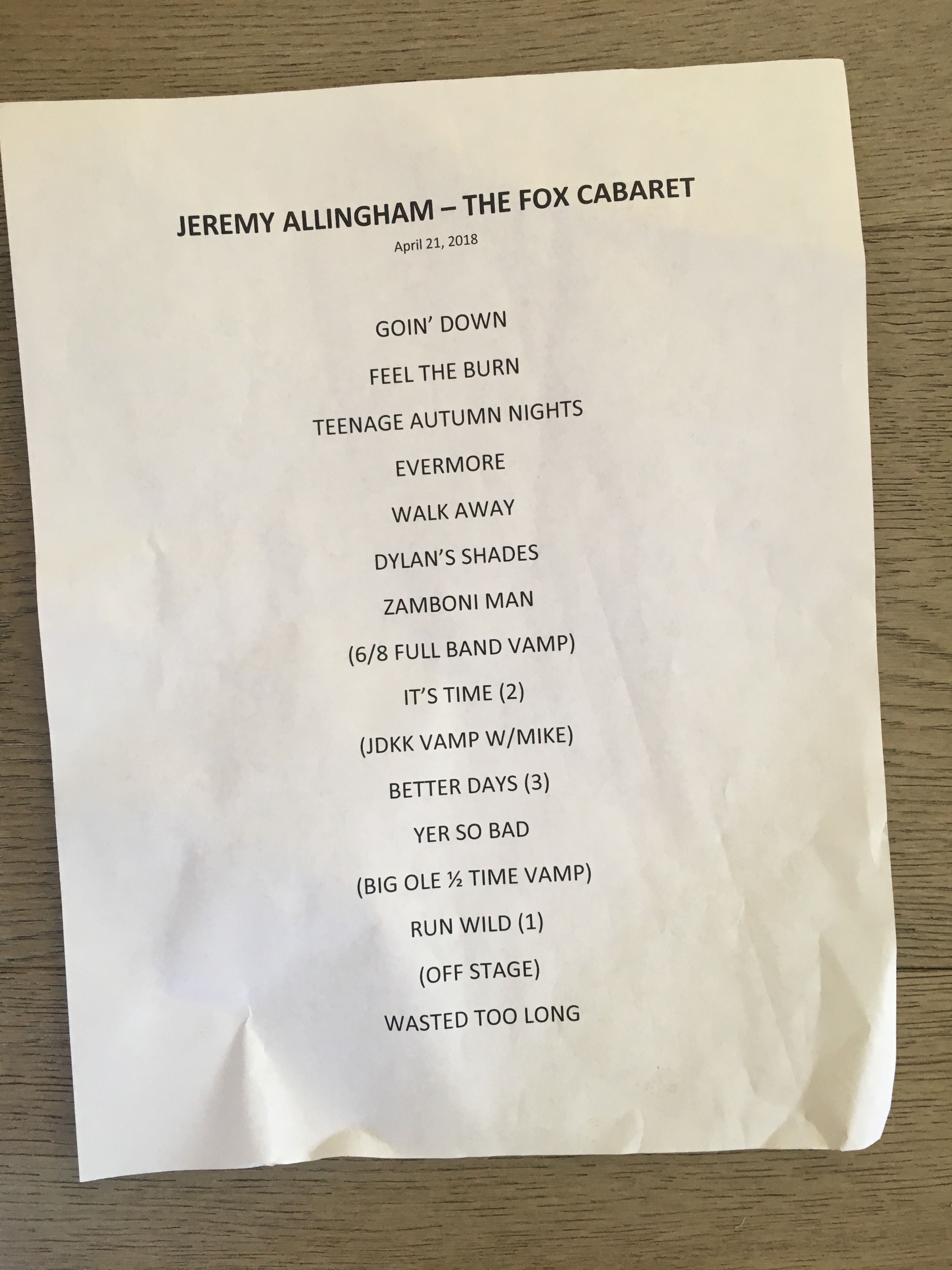 It's been a couple of weeks, but we had a helluva good time playing up in Kelowna at Doc Willoughby's and Nelson at the Royal. Here's some proof: 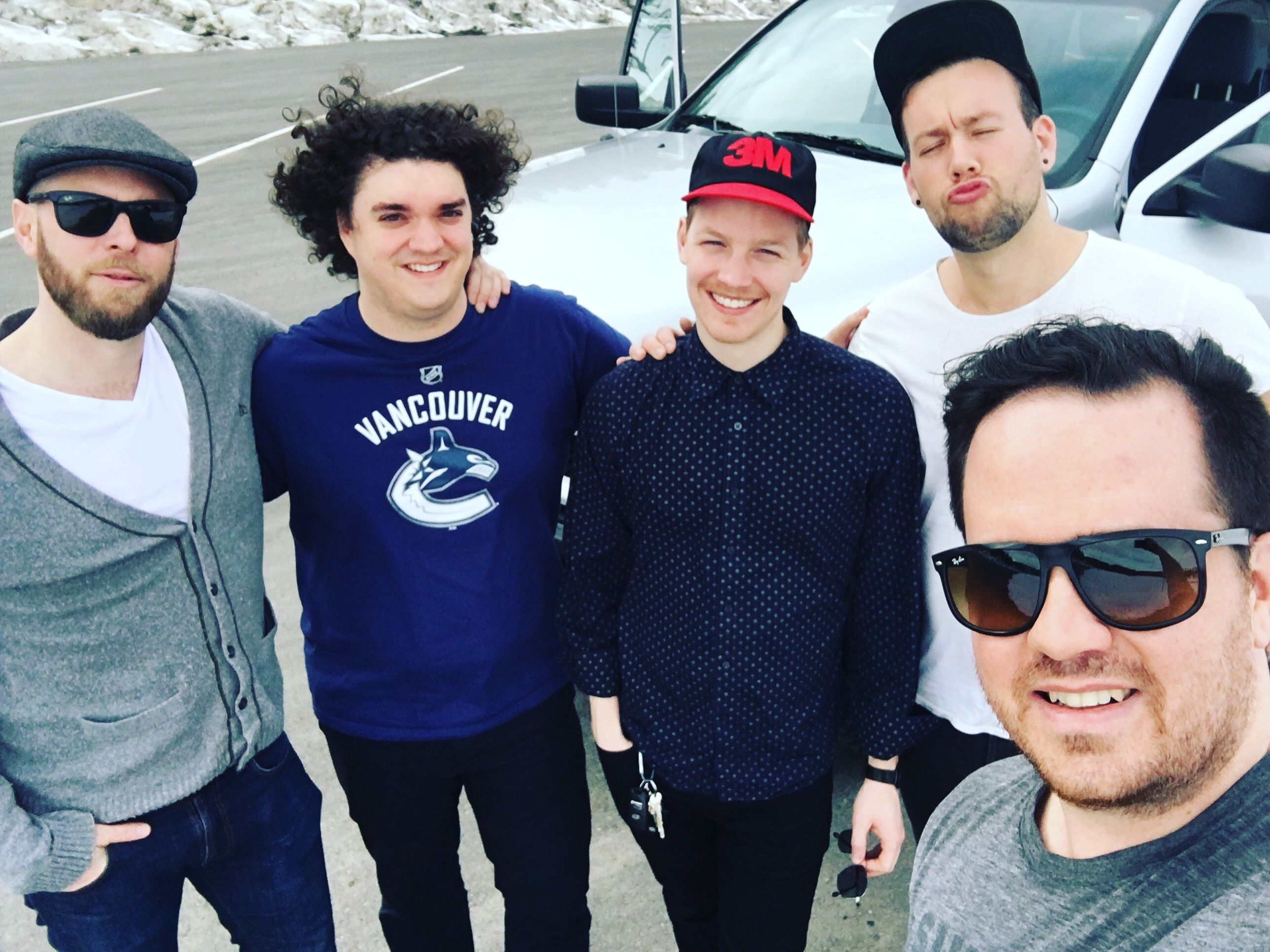 On the way to Kelowna! 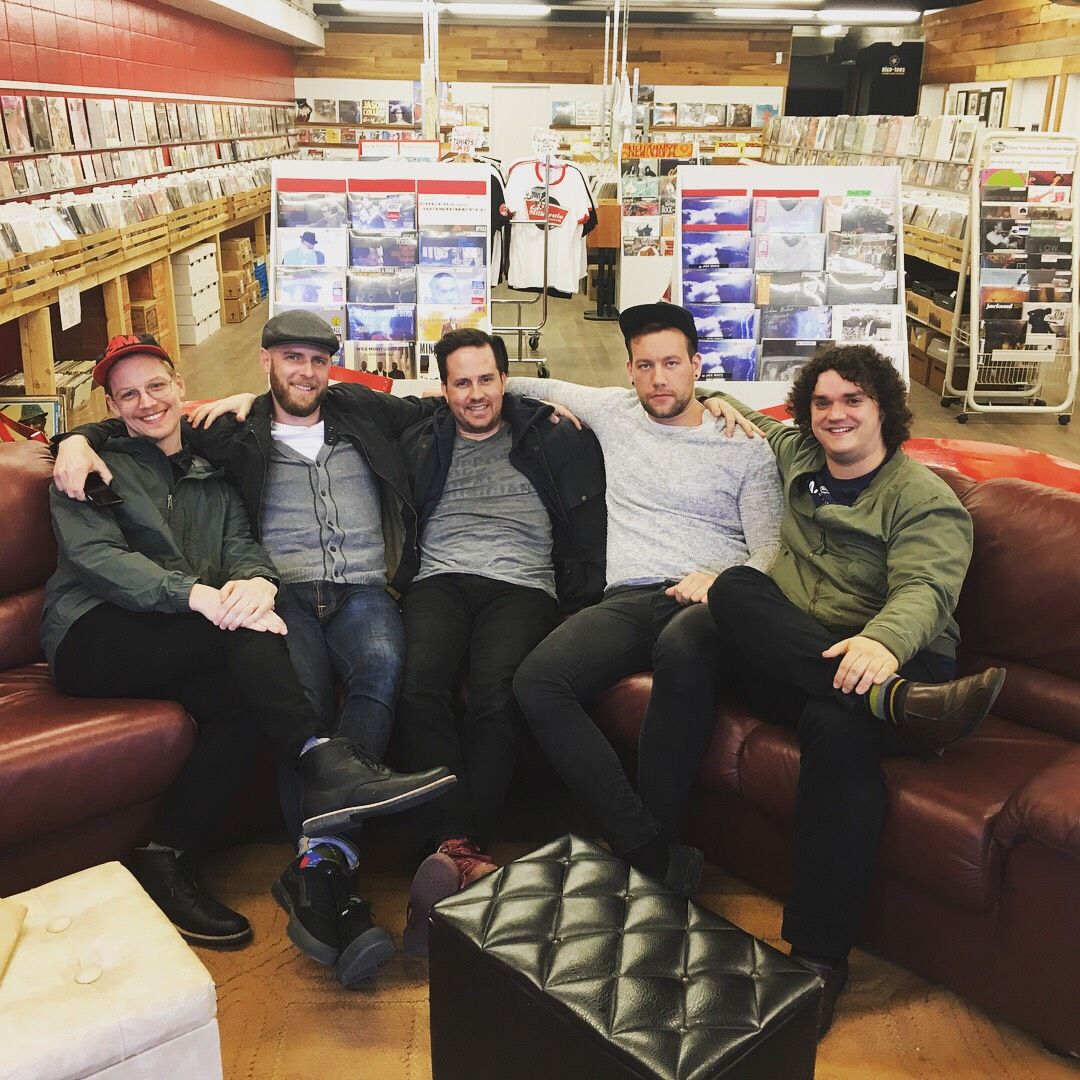 The boys cuddling up at Milk Crate Records in Kelowna, pre-show. 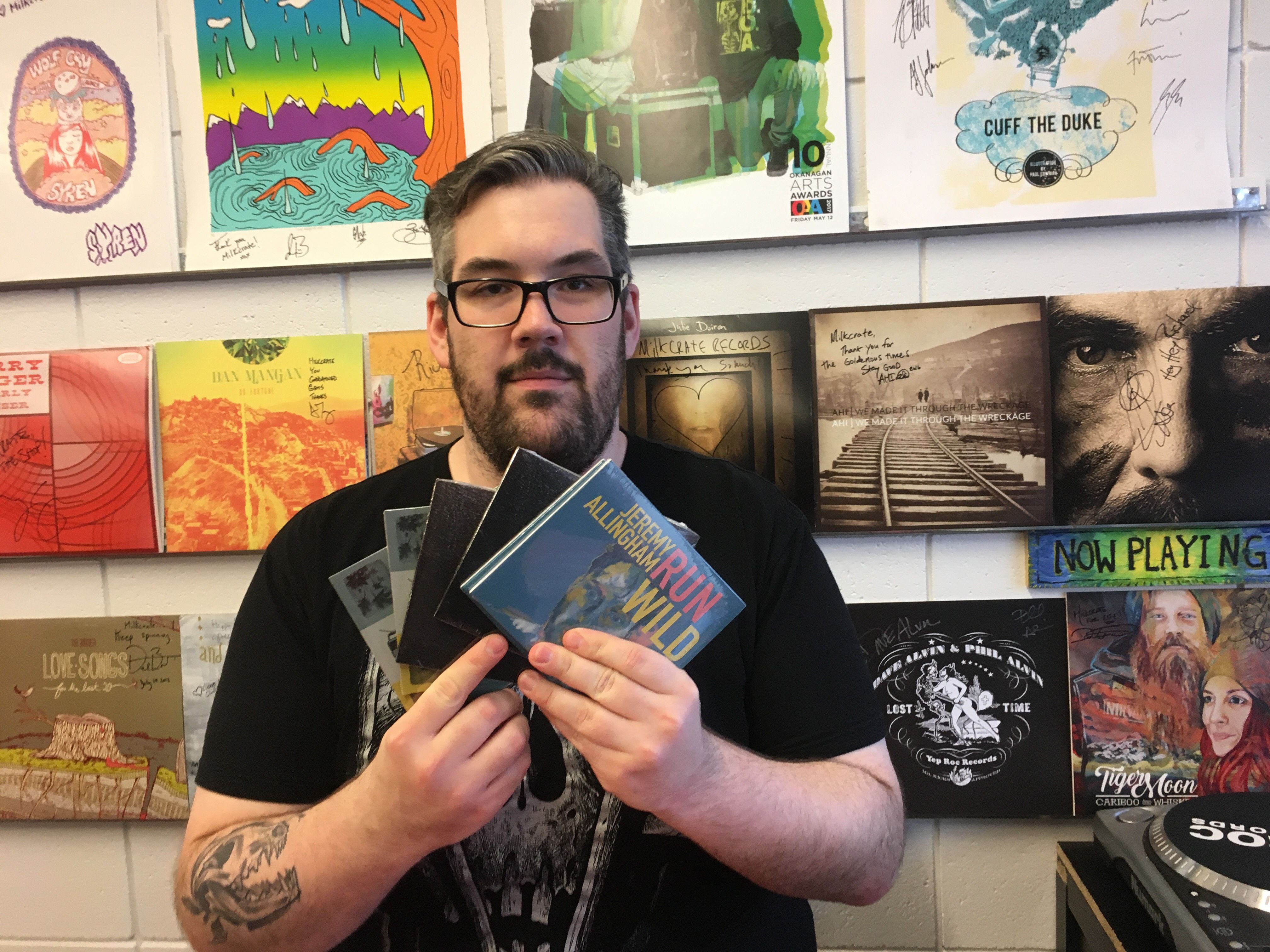 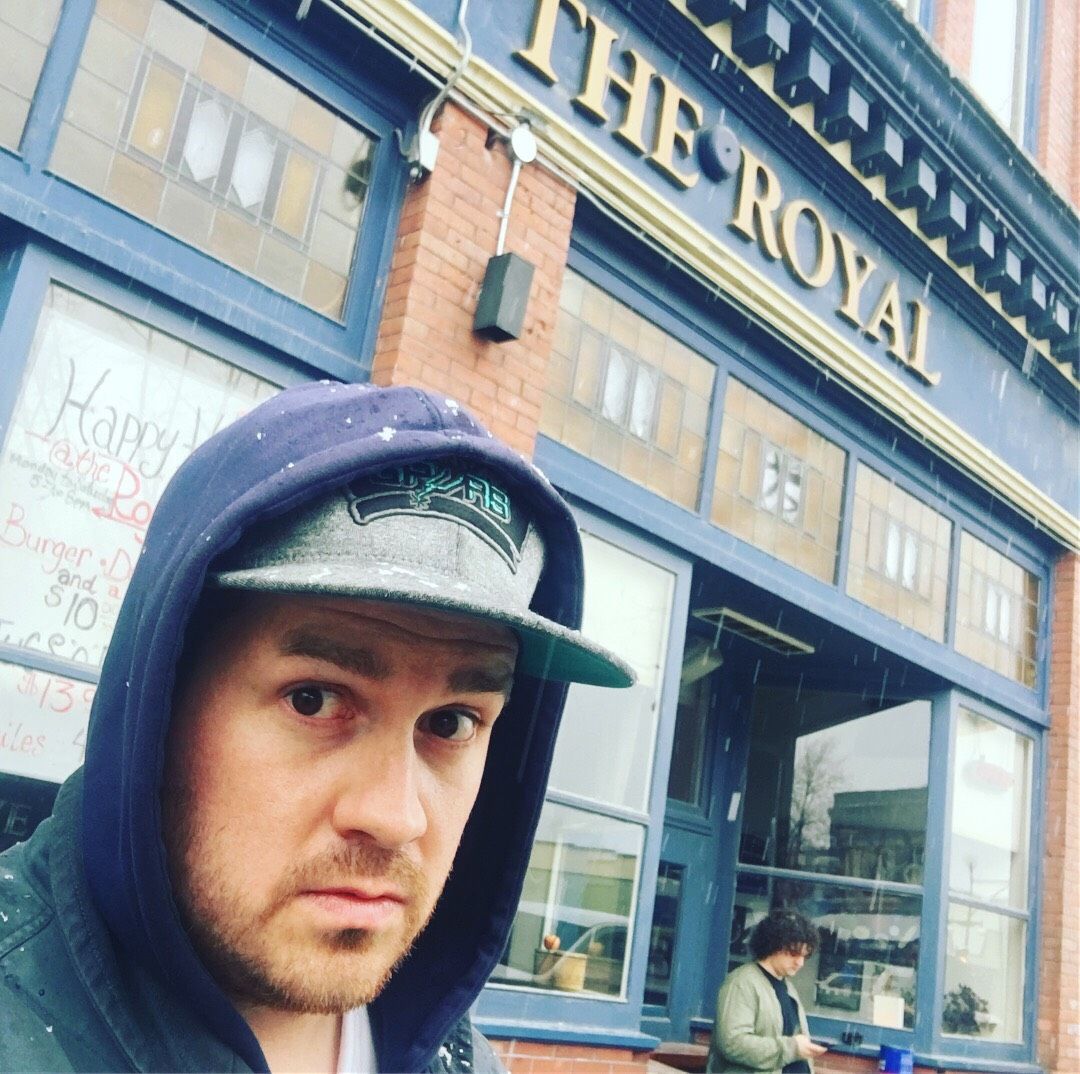 Snowing in Nelson after a frickin' blizzard on the Kootenay Pass! 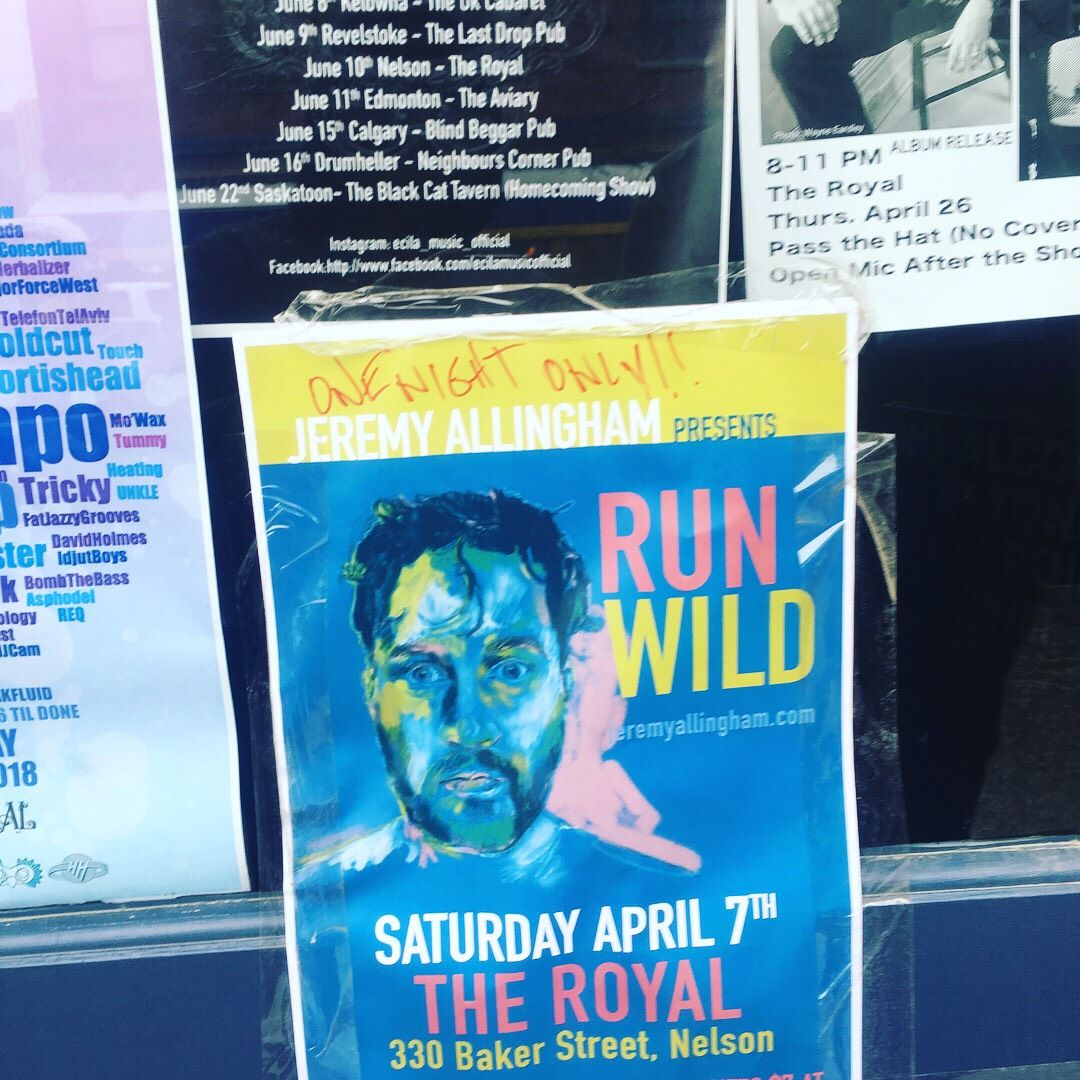 One night only at the Royal! 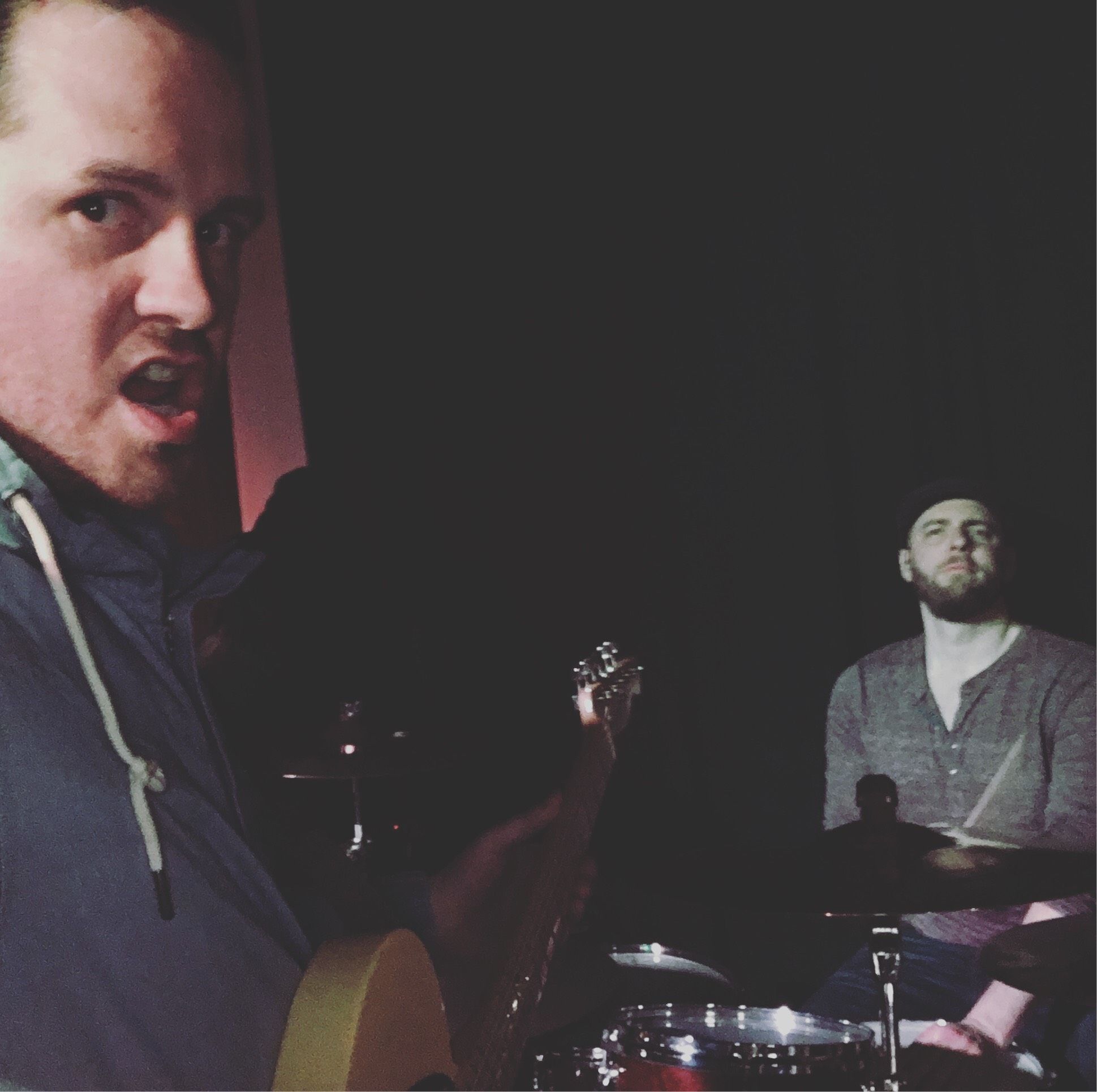 JA and the sauce bag, AJG, gettin' ready to rip in Nelson. 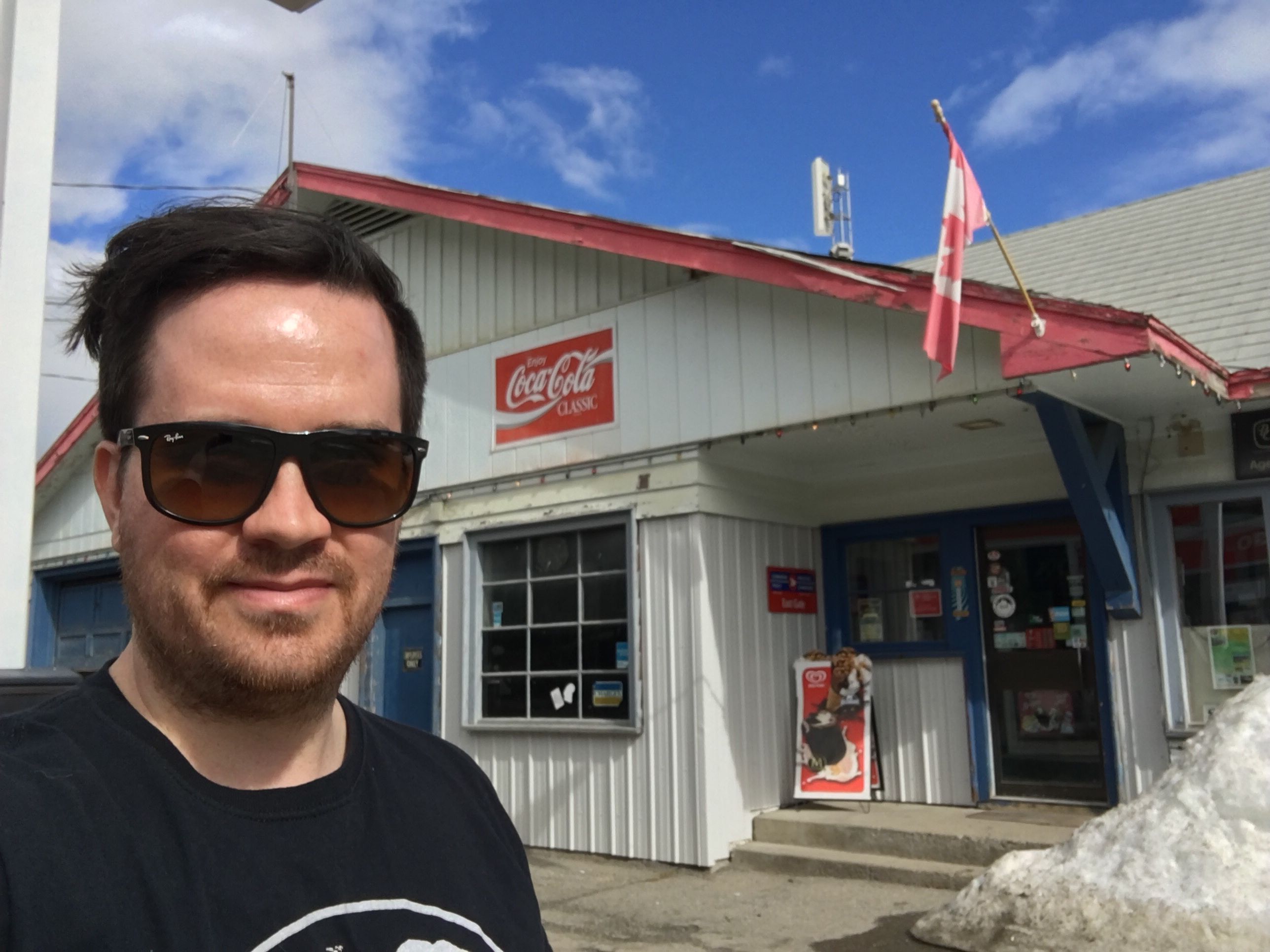 On the way home, at the gas station that I wrote my tune 'On the Radio' about.

JA celebrates the release of his new single 'Together Alone' with an intimate acoustic live stream from his home in Vancouver. Tune in, grab a drink, get comfy and let's sing together. Link to show will be emailed to you shortly before the show!

Jeremy plays his hometown in support of his new record 'Run Wild'.

This is a FREE street party show! 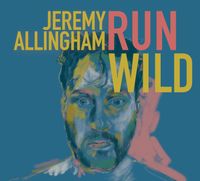 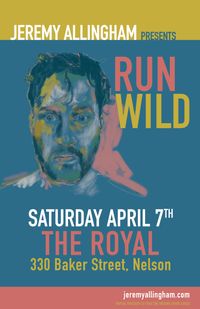 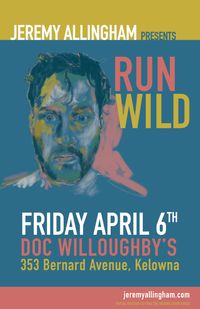 Jeremy Allingham on tour to support the release of his brand new album 'Run Wild'.

Jeremy Allingham and Daniel Wesley play an intimate acoustic show at one of the best and most unique little pubs in BC. 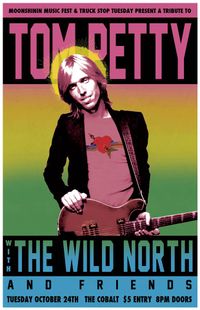 Paying tribute to one of the all-time greats! Come and celebrate Tom's life.

Jeremy Allingham plays live for Canada 150 in Maple Ridge. This is a FREE, all-ages event! JA on stage between 3 and 4 p.m.

Proceeds from this show will go to support the fight against the opioid overdose crisis affecting our friends, family and neighbours across Metro Vancouver. Too many people have died from what is a real and deadly epidemic. The new numbers will be out next week and the year will almost certainly end with more than 800 people having died. That number is staggering and more needs to be done. This will be our small way of trying to help out. So, let's try to address this mega-serious issue by having a bit of fun, a few beers and some rock 'n roll. Come on out and support a good and pressing cause!

JA and Joshy DK playing some tunes to kick off dine out Vancouver!

JA and JDK head to the Sunshine Coast to serenade craft beer drinkers with soft hits and sultry harmonies. Here we come!

Jeremy and Josh play an intimate duo set featuring soft hits, sweet harmonies and tunes from the JA solo catalogue, as well as songs from Factories & Alleyways and a few covers.

The event is FREE to attend! 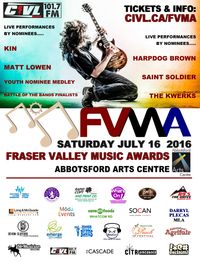 Jeremy is nominated for a 2016 Fraser Valley Music Award in the Roots/Folk category. Come on down to cheer him on!