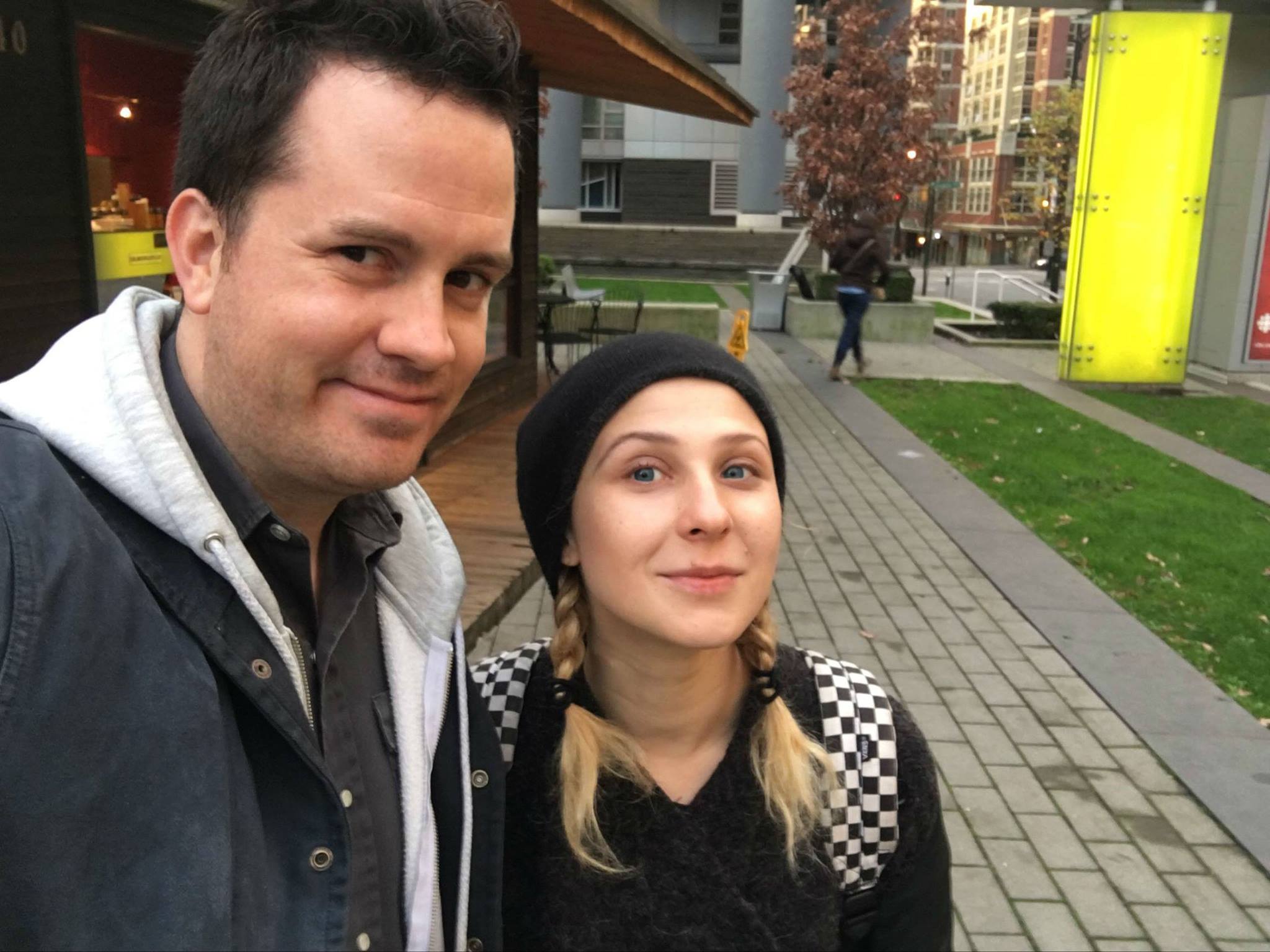 I had the massive pleasure and good fortune of meeting Masha Alyokhina from Pussy Riot. She and the rest of her band are an inspiration when it comes to delivering messages of political resistance against authoritarian rule through music and for risking everything in order to do so. (She went to jail for nearly two years for the band's performance in the Russian Orthodox church in Moscow).

As I was walking her out, I asked her if she had seen what Green Day did at the American Music Awards the night before ("No Trump, No KKK, No Fascist USA"). Because she had arrived in Vancouver late that night, she hadn't seen it. I described what happened, and her face lit up. She looked genuinely pleased. Then, hilariously and stupidly, I said "...it was pretty gutsy.". I immediately realized who I was talking to, and quickly added, "...but I guess that's nothing compared to playing in a church in Moscow." Thankfully, she laughed and told me that any form of political message in music is really important and powerful. Masha, thank you for your work, your sacrifice and for your graciousness. It was an honour to meet you!